When Aimé Césaire (1913-2008) wrote ‘Cahier d’un Retour au pays Natal’[1], (Notebook of a Return to my Native Land), coining the term “Négritude” he started a movement, founding the journal ‘L’Étudiant Noir’ along with Lépold Sédar Senghor (1906-2001), and Léon Damas in 1934. Négritude was the movement of black consciousness, in a political and cultural statement. Négritude was the reclaiming of black culture and history; wherever in the world the black diaspora was situated, these individuals had a unifying identity under the particular notion of African ancestry. Until 1934, European Consciousness dominated black identity and culture; black culture did not have a voice or an identity in itself, only that which Colonialism had ascribed to it. The native had become colonially conditioned; Frantz Fanon would later diagnose, loosing a sense of self through the trauma of colonialism, only through “collective catharsis”[2] or violence would the native be able to re-affirm their sense of self. White colonization had taken the history of ‘blackness’ and distorted it, the native as a colonized subject, was stripped of his or her humanity, as well as being seen as inferior to the white European, tasked with the burden of civilizing the non-white world.

Négritude was a movement of defiance to the racial prejudices of European Consciousness, it accepted and showed pride in blackness, and an early hybridity of black culture, under the names of ‘Antillanité’ or ‘Creolisation’, the idea of one identity under a multitude of different ethnic and cultural backgrounds. Césaire’s poem talks of Martinique, and the desire for self-determination under French rule he shows with honesty and self-deprecation, the madness, calmness, and beauty without exoticising the former colony. Just as Césaire did, Senghor in his poems “Chants d’ombre” or “Hosties Noires” rewrites the association of colour and beauty, reversing the notions of white as purity and “blue eyes” instead to the “cold statesman” [3], and the “white cold”[4], which the heat and warmth saves him from.

Senghor speaks of the black colour as “life” or the skin as “firm flesh, deep rapture of dark wine”[5], this was the overcoming of Coloniality, that thrived to create binaries of good and bad, civilized and non-civilised, this duality of associating pureness and rationality with white, the virginal bridge in her wedding dress, and impurity and darkness as evil, the impure savage black. By giving blackness the imagery Damas, Césaire and Senghor created, they painted a new portrait against cultural domination.

Similarly today we see the art of Kerry James Marshall, just as until Césaire there was an absence of the black perspective in poetry and the colonial experience, Kerry James Marshall plays on the dichotomy of colour in art, pointing to the Rembrandt painting in 1642, where The Night Watch has a darkened background, and the figures are the highlight in the centre as the light, the visual contrast of the hero as the light from the dark, again the same cultural Manichaeism that Négritude wanted to turn away from. Kerry James Marshall speaks of his inspiration when going to a museum and seeing only white figures, sculptures or models as the epitome of perfection, such as Botticelli’s Venus, Michelangelo’s David, or Bernini’s Daphne. 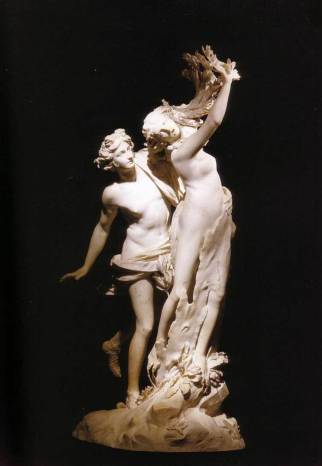 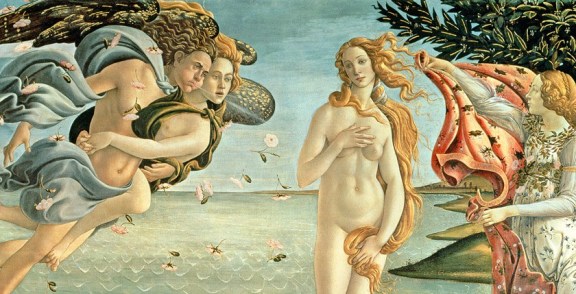 Kerry James Marshall seeks to reclaim art history, and meaning of blackness in art, as the colonial system of associating white imagery as good, and dark or black imagery as bad, even sighting Ralph Ellison’s Invisible Man, a novel following a young black man living in North America under the racial discrimination of segregation and the psychological invisibility through racial biases that continued in American society. Kerry James Marshall uses a light background, here with a triadic colour scheme, to bring out the simplicity of having black presence and further recognition in art.

Many postwar European artists had seen the culmination of political absolution of fascism, chasing racial purity through the means of eugenics to create a homogenous population. Andre Breton and Picasso (Surrealists and Cubists alike) were friends to Césaire and Senghor helping their work in the overcoming of this European perspective on racial differences, stipulating the need for human rights and how its mismanagement deeply affected the sense of “shared humanity”[6] was essential to the Négritude movement.

my négritude is not a stone, it’s definitely held against the clamour of the day

my négritude is neither attack were normal cathedral

it reaches deep down into the red flesh of the soil

it reaches deep into the blazing flesh of the sky

it pierces opaque prostration with its straight patience

It was a pioneering moment for blackness, a rebirth to his or her cultural roots, especially since the movement had such penetration into the political sphere; however, the movement was not accepted or praised by all. Sartre for one in 1948, called Négritude “anti-racist racism”[7] using Hegelian logic to show, White Supremacy as the thesis, and Négritude as its antithesis, but lacked the ability to go beyond as a synthesis. Fanon was outraged with Sartre’s publication of Black Orpheus, as he believed it took some enthusiasm out of the movement for blackness, as well as W.A. Jeanpierre’s retort to Sartre that Négritude was not looking for a world without races, just a world without racism[8].

Of course this was written before the understanding of ‘race’ was considered to be one of antiquity, as Unesco and biologists saw the existence of race as unfounded in 1951.[9] The movement itself has had a wide range of influences in art, post-colonialism or anthropology, mostly criticism was set to disagree with Négritude on individual principles. Such as Fanon who believed that black consciousness had felt the pains of European consciousness; Nativism could not be returned to, cultural nationalism and identity was not enough, universal humanism and acceptance had to be ascertained by the New World.

As movement, Négritude was able to articulate those that were subjected to Coloniality in the modern world and the legacy of the colonial system, Négritude gave the possibility and agency to individuals throughout the Caribbean and the rest of the world, that they were people like everyone else, that smiled, cried, hurt or killed, whatever may be the case, it restored humanism through culture to a marginalised people that society had spoken over in its “clamour”.

Air of mothers becomes my breathe.

no, over gulfs unto hills,

no snow will be here

So, no white death can be had

no skin to chill or be bartered.

Think in black and white,

A stone is thrown without colour

I am grey sin in a reddened land

yet none take part in this chorus

violence echoes in the english bay

for your daughters and sons

before your ugly fears come with me

to dance in the dark

Hidden under foot and tear,

Trinidad is with and without paradise.

I am to be split in two

for all is subdued, all is withheld,

In a moment of still, disquiet returns

so, you could kill for some peace,

so, you could kill for some peace of mind

in this heat we are without reason

so she sings coolly to me,

I love my Trinidad,

thinking only in rhyme or rhythm