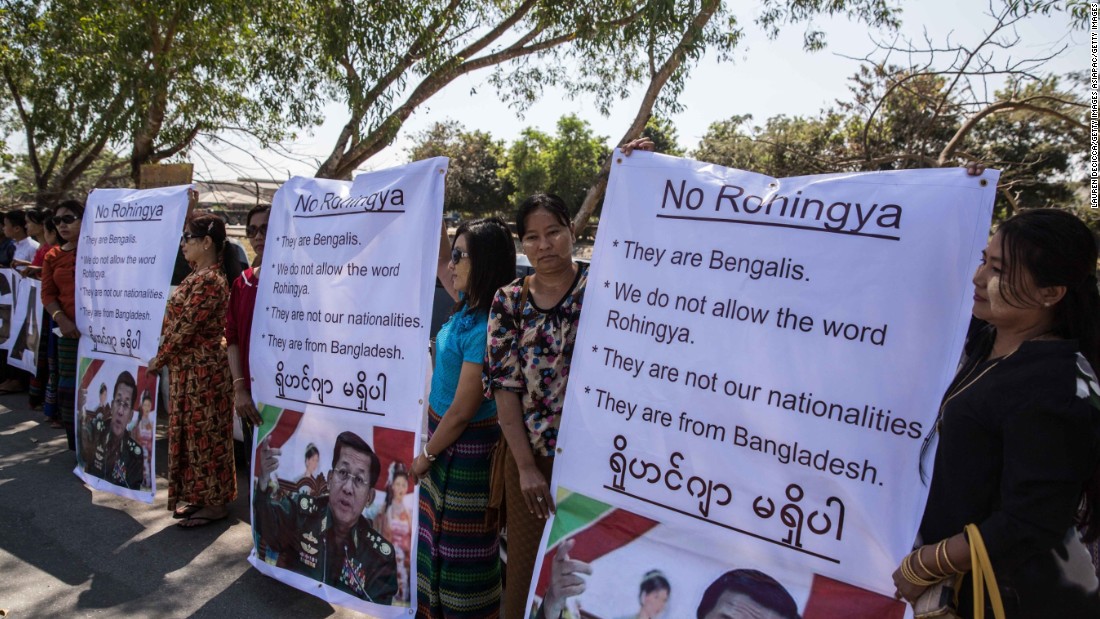 With hundreds of thousands of Rohingya fleeing towards Bangladesh from Rakhine in Myanmar, the Rohingya situation is said to be the world’s fastest growing refugee crisis. What is the cause of this ongoing crisis? Persecutions led by the Myanmar government, with the United Nations describing such an atrocious offense as a “textbook example of ethnic cleansing.” Since the exodus in August 2017, an agreement between Bangladesh and Myanmar to return Rohingya to two reception centres in Myanmar was finally made in January this year. Yet, the military’s relentless denial against ethnic cleansing as well as the government’s lack of reconciliation with the Rohingya, until recently, is worth exploring.

It is important to note that within the Buddhist-majority Myanmar state, the term Rohingya does not exist. There are no ‘Rohingya,’ only ‘Bengalis’ – a derogatory slur compounding their reputation as illegal immigrants. In fact, the Burma Citizenship Law of 1982 does not recognise Rohingya among the 135 ethnic groups in Myanmar, which means they do not have the right to Myanmar citizenship. Overtly denying Rohingya legal rights results in massive vulnerabilities for these individuals, from the lack of legal protection to basic rights including health services, education and employment. Dismissing them from the state is to subject them to intermittent violence conducted by Buddhist nationalists and the military itself . More recently, a 2017 United Nations report  has revealed that in Rakhine, teachers, cultural and religious leaders, as well as people of influence in the Rohingya community were targeted “in an effort to diminish Rohingya history, culture and knowledge.” These grave consequences of mistreatment and dispossession towards the Rohingya can be explained by a systemic discrimination based on ethnicity and religion.

In order to conceptualise the Burmese claim to the Rakhine state, and thus the disenfranchisement of the Rohingya, one needs to re-assess the historical claims instrumentalised by nationalist discourses. Tracing back to the tenth century, Arakan, now Rakhine, was more a frontier province of Eastern India with a population similar to Bengal. During the 10th century, when the practice of Islam in Arakan was fairly widespread, Arakanese Buddhists, now Rakhaing, migrated from Bihar in India and assimilated into the Arakan kingdom. Despite various secessions over time, Arakan remained an independent kingdom until the Burmese took control in 1784. As the Burmese King Bodawpawa conquered Arakan, thousands of Rohingya fled to Bengal. It was, however, not long after that the colonial era saw Myanmar, then known as Burma, under British rule between 1824 to 1924 redefining it as a province of British India. During this period, Burma’s Muslim population increased threefold, as the British Empire encouraged Bengali Muslims to provide cheap labour, instrumental in increasing rice cultivation and profits. This influx of Muslims exacerbated Rakhine Buddhist resentments because many considered the Rohingya’s migration as illegal yet they have benefitted most from British colonial rule. Thus, following Burma’s independence in 1948, nationalist movements emerged against Rohingya and effectively stripped them of access to full citizenship in the following decades.

As the narrative that Rohingya are ‘illegal immigrants’ that ought to be disenfranchised continue on in present times, history has proven otherwise; the legitimacy of Burmese territorial rights on the Rakhine state is not as clear-cut, with both Muslims and Buddhists residing there during the independent kingdom of Arakan. However, Burmese nationalists have effectively bound difference with the Other through their inscription in a narrative that delimits who belongs and who does not. Thus, it is with their Bengali dialect and South Asian features, distinctive from Rakhine Buddhists, that the Burmese have been able to frame Rohingya individuals as a threat to the Burmese society.

Take for example this cartoon by the Irrawady. Not only does it overtly illustrate xenophobia towards the Rohingya as four ethnically recognised individuals in Myanmar appear fearful of this dark-skinned individual for his mannerism, hence essentialising the Rohingya as barbaric and uncivilised,  but in many ways, the cartoon’s rhetoric is misleading. Portraying this ‘boat person’ as an invader into the Burmese space is contradictory of what is happening at this very moment. Since August 2017, more than 688,000 people have fled Rakhine when the Burmese army claimed to be conducting operations targeting terrorists in the region. And when the UN described the violence as constituting ethnic cleansing, the government has kept silent on the systemic rape, murder and burning of entire villages in the region. Making sense of this illustration, the Rohingya crisis has very much been a consequence of a hatred towards the enemy within, just because of the ethnic difference between the Rohingya and the rest of the Burmese population.

Religion also remains an important medium in the formulation of political identities and strategies in Burma. Since Buddhism is fundamental to Myanmar’s state-building project and governmentality, Rohingya’s religious difference is seen a rejection of the Burmese society. For the Buddhist nationalist in Myanmar, Rohingya (Muslim) are heretics who are threatening the livelihood of the state. With the rise of Buddhist nationalist groups like Ma Ba Tha, a discourse that Muslims will “destroy [their] ethnic heritage, cultural buildings, religious monuments and [their] people” has spread into the minds of the Burmese people. However, with Muslims making up only 5% of the population – that is 1.2 million out of 51.5 million people, it is difficult to see how Muslims could pose a threat to Buddhism in Myanmar. At the very heart of this discourse is the notion of an acceptable religious identity in Myanmar: Buddhists are accepted, whereas Muslims are not.  Thus, as well as their ethnic differences, religious differences have also been instrumental in forging a Rohingya identity that is separate from the Burmese one. As a result, this discourse has narrowed the socio-political space of the Rohingya in Myanmar as they continue to be further scrutinised for their religious beliefs.

Considering the historical context of the Rhakine state, what we find is that the Burmese claim to Rhakine is based on a constructed reality that relegate Rohingya as ‘illegal immigrants’ to Myanmar. With this being a fabrication of the majority-Buddhist state, these narratives are very powerful with ordinary Myanmar people, effectively ‘othering’ and subjecting the Other to intermittent violence. In essence, the Rohingya crisis is based on a nationalist discourse against an already marginalised ethnic and religious identity. It is also important to acknowledge that while an agreement has been made between Bangladesh and Myanmar to return Rohingya people to Myanmar, citizenship and basic rights are still not guaranteed in the deal. The violence is thus unlikely to stop anytime soon. We have to understand that to end violence against the Rohingya people, the narratives facilitated by Burmese and Buddhist nationalists must first be eradicated in order to move forwards with the Rohingya crisis.

Read more on the history of Arakan (the Rakhine state)

Featured Image: A protest held by Ma Ba Tha, a Buddhist nationalist group, calling to prohibit the use of the word “Rohingya”