Was anyone surprised on 25th February, when China’s constitutional amendment package revealed that President Xi Jinping can now potentially keep his power for a limitless amount of time? Xinhua News Agency announced the amendment that simply proposed removing the line, ‘China’s President and Vice President shall serve no more than two consecutive terms.’ Referred to as the ‘core’ of the party leadership and increasingly simply as the ‘leader,’ a title only dedicated to Mao in the past, Xi Jinping can now stay for a third term beyond 2023, or even pursue a life-long rule. He certainly has a blueprint for China’s next 30 years. This is one step further on Xi’s path toward centralising the power of the party state under him.

The first signal of this power grab was Xi’s attempts to clear up potential opponents within the party. In 2013, still seen as fresh and young, an almost black-horse, Gorbachev-esque figure by many, Xi initiated a high-profile anti-graft campaign, targeting key party members at the provincial and state level, many of whom had substantial links with former President Jiang Zemin. The same year, a wave of constitutionalist voices coming mainly from outspoken media such as Nanfang (Southern) Media group, the Beijing News as well as vocal individuals, were crushed. They called for the government to abide to rule of law in their country and abide to the 1982 Constitution which guaranteed a series of civic rights to Chinese citizens. The article titled ‘The China Dream, the Constitutionalism Dream’ expressed a kind of positivism at the point of a new regime. The key issues were less about corruption or constitutionalism, than it was about clearing out obstacles for Xi’s personal power.  ‘No organisation or individual has the power to overstep the Constitution or the law,’ said Xi on Saturday 24th. Now it is not merely words on paper. The irony of the Constitution indeed.

Another major pillar of Xi’s power is certainly China’s shining GDP growth rate. However, the slow-down of growth and increasing visibility of the ecological backlash mean that more needs to be done in pursuit of Xi’s vision for a ‘well-off society,’ We should not be surprised that China is turning into an enthusiast for sustainable development or the regime’s focus on improving certain areas of social welfare. Both trends were made very clear in the CCP’s thirteenth five-year plan, setting out the path for China’s economic and social development from 2016 to 2020. The recent round of actions dealing with the debt-crisis, notably the takeover of Anbang Insurance, also cleared entrenched individuals such as Wu Xiaohui.

The pillar of nationalism is felt both outside and inside the country. Xi’s ambition for ‘national rejuvenation’, translated into practice, means an assertive China in the international sphere. The stance toward ‘state sovereignty’ issues, the South China Sea, and the relationship with Taiwan is only to become stronger. The high-profile ‘One Belt, One Road’ project is designed to be a boost for China’s trade and economic activity on the continent. OBOR is also largely symbolic, highlighting China’s economic success and its willingness to expand economic cooperation. In the same vein, more and more is being invested into the expensive high-tech surveillance system in Xinjiang and Tibet for the state to watch and even re-educate the minorities, as securitisation is considered necessary to contain their ‘inevitable’ tendency toward separatism and terrorism.

Being a Chinese woman was generally never easy, but it is likely to become harder. Waking up to the demographic reality of a declining working-age population, the CCP put an end to the one-child policy in 2015. All couples are now allowed to have a second child without paying a large fine. Indeed, individual couples should be able to have choice on their family size. However, young women are increasingly under pressure to fulfil their ‘social responsibility,’ In part this pressure comes from the media which call for a countrywide effort to tackle the ageing population, but more so from friends, relatives, and even acquaintances. A label of ‘alien’ is often attached to those who ‘failed’ to go into a successful marriage at a suitable age, which entails having a child, or after 2015, children.

The tightening of censorship since the 25th February announcement was visible to everyone: Weibo (the Chinese equivalent of Twitter) posts commenting on the removal of term limits are blocked and many Weibo accounts have been since deleted. Not only criticism is censored, some posts which simply refer to the Constitutional amendments were removed. 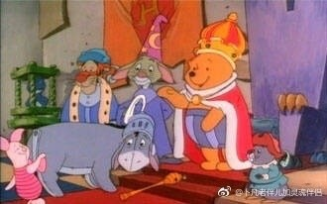 The image of Winnie the Pooh dressed up as king circulated around social media. Winnie the Pooh had been compared to Xi by Chinese netizens. Another post showing Pooh bear hugging a gigantic pot of honey, captioned ‘find the thing you love, and stick with it’ also went viral. Now, if you search up ‘Winnie the Pooh’ on Weibo, the results would only be ‘sorry, no result is found.’

Words that disagree or criticise are uttered in English, in unnatural Chinese, or through memes and jokes. Citizens resort to humour, as nothing concrete can be done. Not only a result of internet censorship, a mechanism of self-censorship is also simultaneously at work. Stripped away from political life, an apolitical approach to all domestic affairs has become the norm, whilst simply ‘talking about politics’ is alien, discomforting, and meaningless for many. On the other hand, a united frontier must be held against foreign threats, bearing in mind the Diaoyu/ Senkaku island dispute with Japan and the dispute over the THAAD system deployment in South Korea, and so on. Premised on this idea, whoever shows scepticism toward anti-Japanese or anti-Korean sentiment during the events respectively, risks being labelled ‘non-Chinese,’ not to mention that an unmovable belief in ‘Taiwan as the inseparable part of China’ has to flow in the bloodstream of all Chinese. The gradual erosion of a free public space has been felt by all, but each time we say ‘it is not that bad,’ ‘it is still acceptable,’ and even ‘it is necessary,’ because what else to do other than accept it?

One thought on “No Palace was Built in a Day: Xi Jinping’s Pillars of Power”