On the 3rd and 10th December of 2017, the Corsicans were called upon to vote in order to elect the 51 members of the Corsican Assembly who in turn would elect the Executive Council of Corsica. This vote followed the 2015 election which finalised the planned creation of a single region within Corsica; the merge of the two departments of the island: Haute-Corse and Corse-Du-Sud, taking effect from the 1st of January 2018. This territorial election also provisioned the expansion of the Corsican Assembly from 51 members to 63.

Gilles Simeoni’s pro-autonomy coalition Pè a Corsica (For Corsica) won the 2015 elections, establishing for the first time a nationalist party at the forefront of the Mediterranean island’s politics. With 35.34% of the vote, Pè a Corsica won 24 seats out of 51 seats of the Corsican Assembly. Pè a Corsica is a coalition of the separatist Corsica Libera (Free Corsica), led by Jean-Guy Talamoni, and the more moderate autonomist party Femu a Corsica (Let’s Make Corsica) led by Gilles Simeoni. The latter has been voted President of the Assembly and the former, President of the Executive, reflecting the Corsican want for a moderate party only calling for autonomy and not independence.

This is a turning point in French history as it is the first time a French region possesses such a degree of autonomy and represent the national political victory of the Corsican after 40 years of struggle.  In the words of Jean-Guy Talamoni, the leader of Corsica Libera: “It’s been a 40-year-long march to arrive here. Corsica is not just a French administrative constituency – it’s a country, a nation, a people.”

What is going to change?

Increasing from 51 seats to 63, the Corsican Assembly will also expand its Executive Chamber, now composed of 11 instead of 9 members, including the President.

What is going to change, however, is in the hearts and minds of the Corsicans.

This will likely take place in the years coming, with the nationalists likely ending up asking for full autonomy and possibly independence.

The nationalist alliance is currently seeking “an autonomous status” and not independence which “is not on the cards today” as stated by Simeoni on France Europe Radio 1 due to a high financial dependence.

Jean-Guy Talamoni, on the other hand, added that the question of independence would be on the table in the future 10 or 15 years.

The coalition party agrees in all the next points exposed, except the question of independence, meaning its timing or its actual action.

For the moment, the Corsican Assembly and the French government will debate on 3 points: 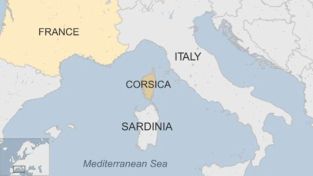 The Corsican island has a unique history separate from the French. The island became French in 1768 after years of Italian rule, under the city-state of Genoa.

It is true that the local language resembles more the Italian language than the French.

Challenging the French principle of ‘Indivisibility’

This vote has challenged the principle of ‘indivisibility’ of the French constitution.

The French government will never accept the Corsican language as a co-official language, as the sole language of the French Republic is French, emphasised by Francois Hollande during his visit to Corsica in March 2017.However, the French government has opted for an education plan that will promote the teaching of the two languages on the French island from September 2017.

Concerning the political prisoners, the principle of separation of powers and the independence of justice will prevent any further advancement. The French government cannot accept the return to Corsica of the National Liberation Front of Corsica (FLNC) prisoners, as they have the status of terrorists.

The separatist FLNC has been waging during nearly 40 years an armed struggle against the French government, starting in 1976 with the event of Aleria. The ‘Blue Nights’ have been its signature feature, meaning several bombings during one night against infrastructure firstly in Corsica and then in the 2000s in France as well.

The peak of violence was reached in 1998 with the assassination of Claude Erignac, in Corsica, a top French government official.

In June 2014, however, it has put down arms, leaving space for the nationalist parties to enter the Corsican political arena, thus providing its political legitimacy. 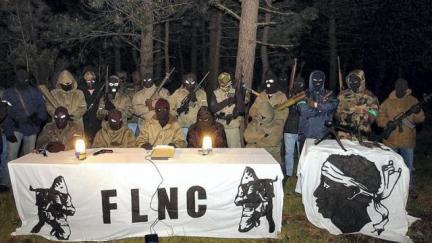 On the question of greater autonomy, the French government declared that it was not against a revision of the French constitution but this necessitates the approval of 2/3 of the Congress, a rarity in French politics.

The “Corsican residency” status, means it would necessitate to be resident for the minimum of five years in Corsica to be able to acquire property, preventing continental French from investing in Corsica. This could hardly be accepted by the French government as it implicitly implicates a separation between Corsican and French rights. Leading up to a possible future separate nationality.

It is thus evident that the nationalist Corsican demands generally ask for greater autonomy. However, they are posing the basis of a possible independence in the future as this is not possible immediately due to financial reasons.

Corsican financial dependence: Corsica is not the new Catalonia

In truth, the Island of Beauty is highly dependent on the French government for tax subsidies and social support. For years, they have been subject to financial privileges that are not present in any of the other French regions. This in part due to high violence perpetrated by the FLNC.

Corsica is one of the three poorest regions of France and thus have a right to a higher level of social subsidies in order to keep their economy going; in terms of education, transport and infrastructures.

The placement of “Arretes Miot” during the Bonaparte empire, exempted the Corsicans from the continentally set inheritance tax.

However, this privilege was suppressed in 2012 but due to high protest, the Corsican are only subject to 50% of the continental – normal – level of inheritance tax until the 1st of January 2018. This in turn, could bring about speculation in the real estate market, intensifying the already present financial problems of Corsica.

The continuation or not of this privilege, therefore, will be a point of contention between Ajaccio and Paris. This is why the nationalist parties have been calling for a more autonomous fiscal administration.

Levels of the VAT are also lower in Corsica than in France. Food, books, and public transports are taxed at 2.1% instead of 5,5%, electricity and construction sites at 10%, as opposed to 20% and cigarettes, have a lower percentage of 25%, which angers the European Commission of Brussels, with Paris standing strong against its change.

Finally, a French Corsican in the last ten years have received in subsidies more than 557 euros per year whereas a French continental have received 77 euros.

Paris has been giving a higher financial aid to Corsica to prevent their want for independence, creating a financial dependence. This worked as the nationalist in Corsica are fully aware that gaining independence today would lead to disastrous financial consequences. Corsica is and cannot become the new Catalonia.

Why Paris will firmly oppose any independence for Corsica?

Four major reasons for a strong opposition from Paris for a Corsican independence in the long term.

It will be hard for Corsica to attain independence if they seek to in the long term, that France seems to have no incentive to do so.

The question of whether Paris will accept greater autonomy for Corsica is still unanswered.  The impending visit of Emmanuel Macron to Corsica in March 2018, should provide us with a clearer understanding of Paris’ intentions and Corsica’s future.

Born in South Africa and raised in London. Iris Hassenforder is an IR student interested in French politics, African history and behavioural psychology.